Home › Inspiring ideas › Will countries, citizens or cities lead the way this century?

Will countries, citizens or cities lead the way this century?

In this article, I won’t justify whether more international integration or a United Nations with more resources and competencies would be positive, but I’ll introduce three ways this might happen this century.

Option 1: Countries could agree to give the United Nations more competences and/or increase their budget. This could be done by all countries or just several of them. If it’s the latter, for example, the European Union, Canada, Japan and India could create a new international entity and transfer some competences to enforce measures to tackle climate change and other global issues within its members. Then, with time, this entity could start adding more members as the European Union did.

Option 2: Citizens could also lead to the creation of a new international political entity. For example, Democracy.Earth proposes that people organize themselves using a crypto-powered voting system. I’m not sure how anonymous it really is or their interest in creating some kind of political entity, but if it’s not them, others might try this way. Anyway, Santiago Siri and Pia Mancini from Democracy.Earth had created a political party called Partido en Red (Net Party) in Buenos Aires with the intention that their elected officials would vote and do according to what their citizens vote online for each decision. I’ve been following them as some years before I had also personally founded a political party in Spain – Partido de Internet (Internet Party) – with the same idea.

Option 3: Cities could also be key players. Cities are getting more and more relevant nowadays and a project such as Consul could start all this. Consul is an open source participation tool used by 100 institutions in 33 countries to decide participatory budgets, make proposals, debates, etc. As many of these institutions allow their citizens to allocate participatory budgets (e.g. 100 million euros just in Madrid where Consul started), they could also provide a small budget for a common international entity which groups all these cities and do international projects. They might even agree someday that the international entity could enforce some changes related to climate change and other issues where cities have competences.

To sum up, collaboration among countries, citizens and cities is key in the next decades to tackle climate change, migrants’ crisis, poverty, child education, avoid an arms race in an AI world, help displaced workers, ban all or some types of autonomous weapons and genetically modified babies, prevent and prepare for possible epidemics, undertake inspiring projects such as the Moon landing 50 years ago, etc. However, do you think that countries, citizens or cities could join in a new political entity this century or increase the budget and competences of the United Nations? Would this help to tackle our current global problems? 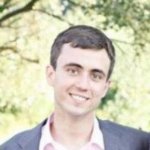 .
Just moved back to Madrid after 5 years in London working as a Ruby on Rails developer.

Before all this, I co-founded a political party, a startup and a monthly event for entrepreneurs. I studied Telecom engineering (MSc electrical science and Computer Science). I also used to do Karate and I love Paella.